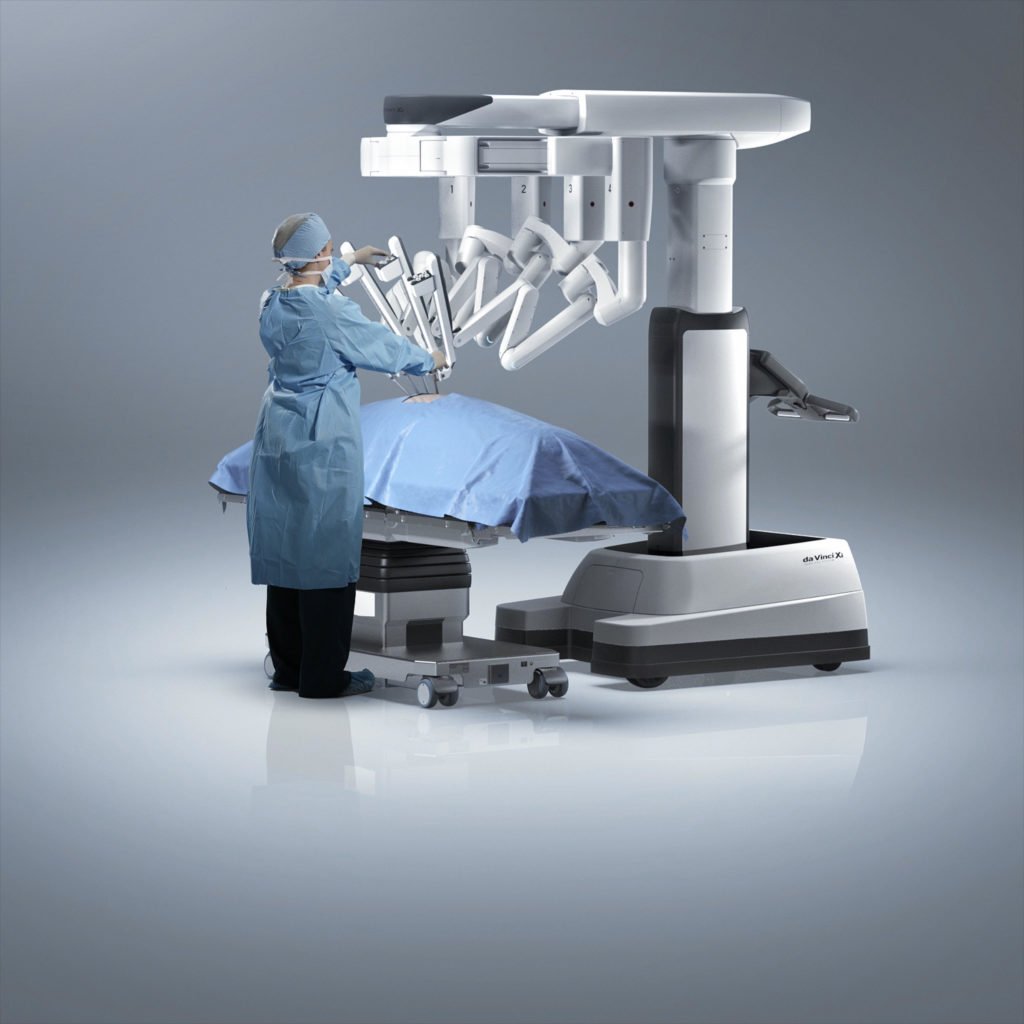 Robots in surgery has been driven in part by rapid developments in technology and in part by the ease with which adaptations have been made to existing laparoscopic procedures and techniques. Robotic procedures are rapidly becoming the new standard of care. As with a number of other technological advances in medicine and surgery, these developments have seldom been introduced as a result of randomised prospective studies – and how could they? Any early study run on A) golden standard vs B) Robot would simply measure learning curve, nothing else.

The current use of robots – machines that can undertake ultra-precise, repetitive and pre-programmed procedures – is commonplace in industry, they have only relatively recently been adopted by the medical sector to enhance the delivery of care. The author fondly remembers an early JNJ attempt; Aesop, and is frequently heard telling stories of the surgical assistant in the early days when simple voice commands like “Aesop, move right” were demonstrated and tested in conference rooms (with great enthusiasm but limited skill) to surgeons whose beaming smiles were only surpassed by grinning children at Christmas.

There are three main types of robotic systems currently in use in the surgical arena. Active, semi-active and master–slave systems. Active systems essentially work autonomously (while remaining under the control of the operative surgeon) and undertake pre-programmed tasks. The PROBOT and ROBODOC platforms described later are good examples of this. Semi-active systems allow for a surgeon-driven element to complement the pre-programmed element of these robot systems. Formal master–slave systems (of which the da Vinci® and ZEUS platforms were the forerunners) lack any of the pre-programmed or autonomous elements of other systems. They are entirely dependent on surgeon activity. Surgeon hand movements are transmitted to laparoscopic surgical instruments, which faithfully reproduce surgeon hand activity – but intracorporeally.

Will robotic surgery remove the need for surgical self retaining retractors like Galaxy II or Weitlaner ?

Perhaps surprisingly, no.  As development continue to remove clutter at the operative site, reduction of hands to hold back tissue is also desirable, both for optimising patient care but also for staff health and safety reasons. Surgeons will benefit from having low profile, light weight retractors like Galaxy II positioned to allow consistent, reliable entry to the cavity, and the gentle atraumatic semi-blunt hooks will aid in patient recovery. In some cases, robotic surgery will also benefit from additional light sources being directed into the cavity, and Galaxy II LUX Connect will use a bifurcated lead to guide light to where it is most needed, without heat or shadowing.

Where does it stop?

Here is what the financial stock market thinks about surgical robots, and how they see the future: Robotic Surgery Stocks: How Far They Can Go In the Coming Years? (bullishbears.com)