June Medical Speaks to Ukraine War Surgeons Saving Lives on the FrontlinejonnyhoughMay 13, 2022May 18, 2022 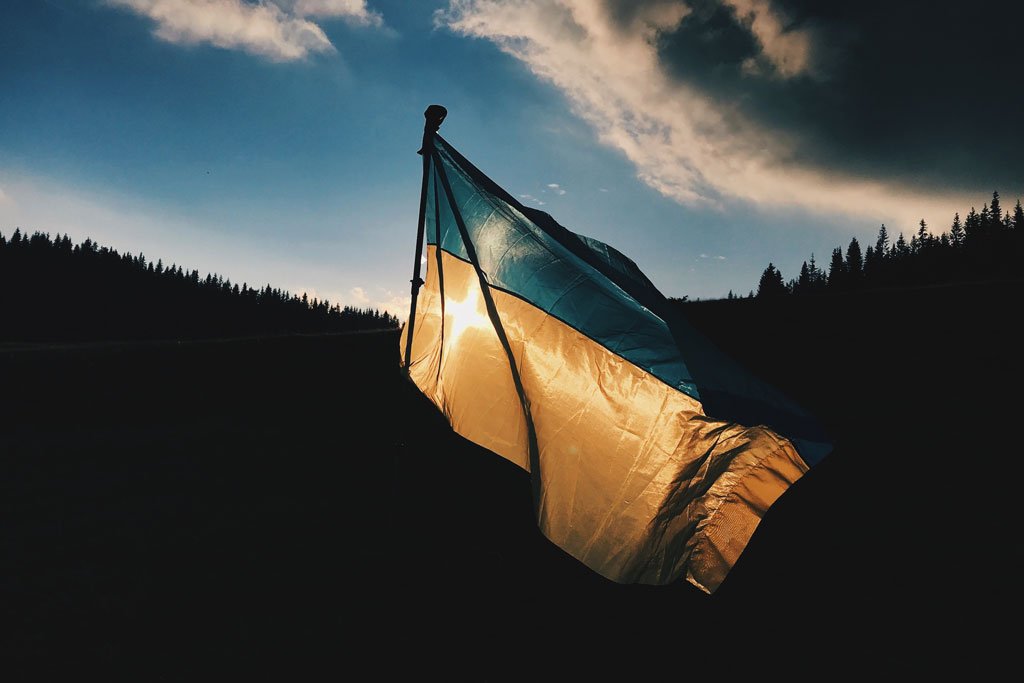 “He looked so exhausted, and yet, you could see the determination in his eyes.”

Founder and owner of JUNE Medical Angela Spang had the privilege to meet with surgeons from the Ukrainian front line in a video call last week. As part of a giant effort led by JUNE Medical’s partner Circle Health UK, supported by other manufacturer and logistics specialist Bunzl, tonnes of donations of medical equipment have been transported to several locations in Ukraine over the last few months.

Angela says: “It was a tough meeting, very different from anything I have ever done before. Our charity donations to Fistula Surgery in Africa have always been a very positive conversation, filled with a feeling of positivity: we can help, and the future is bright for the women who can now have surgery, thanks to amazing surgeons who donate their time and expertise. This was very different. The surgeons on the call were attacked out of nowhere by a large and ruthless war machine which was killing their loved ones and destroying their hospitals. Their own lives are still at stake, any minute could be their last. It was a surreal conversation, and I left feeling helpless and very concerned, but also filled with defiance, determined to do more.”

JUNE Medical has donated several loads of surgical retractors during the war. Useful for most types of open surgery, Galaxy II retractors are used to hold back tissue to give surgeons access to the surgical site. In times of war, they are even more useful: they replace the hands of assistants during operations. The new designs for retractors are lightweight, thus can easily be transported, even to the field, if necessary.

When asked what else is needed, the reply from Dr R[1] was harrowing in its simplicity: “Larger hooks. We need larger hooks. There is much tissue to hold back.” There was a moment of silence. Of course: war injuries are very different compared to the fine, small incisions made on a patient while on a safe and secure operating table at a peaceful and tranquil OR with patient comfort and post operative recovery in mind. For the Ukrainian surgeons, the objectives are very different. Get in. Find the bleed. Try to save a life, or at least buy some time. 5mm are better than nothing, but useless when it comes to the types of injuries caused by shelling. 12mm hooks are not really enough either. The blades are 22mm – they will need plenty of those. The team look at each other in silence. It is hard to imagine without welling up. Finance leans over with an excel file with lists of available products to donate. Angela signs it without even looking at the number. All available stock will be offered.

As soon as the attack on Ukraine was initiated, JUNE Medical’s Ukraine rep was able to flee with her family. With a German husband, she is safe in Germany, but having left everything behind, she is heartbroken and terrified for her friends, neighbours and relatives. She is trying to support the surgeons who used to be her colleagues and customers, but having left is difficult too – she is safe, while they are still there. Many healthcare professionals with children have been able to leave, but it puts a strain on those who remain – again, another reason why Galaxy II is so useful: with less available staff, helping hands are in short supply.

During the conversations with Ukrainian surgeons, the practical details of being in a warzone became devastatingly clear. Lights are not always available. Operating in a basement eliminates the option to use daylight. Smart phones become handheld torches, but depth of injuries make it challenging. JUNE Medical offered to send LUX Connect, but with no light sources to plug into, the lead won’t do much good. The battery powered solution only lasts 3 hours….not really a viable solution either, in times of war. The surgeons are trying to cheer us up now, comforting us by saying that just having Galaxy II would be tremendously helpful and we are already doing so much to help, not to worry about the lack of light…

The JUNE team sit silently for a long time after the call, trying to process what we have just heard, and trying to get our heads around the reality we find ourselves in. This was never on our list of customer requirements for Galaxy II when we designed the new retractor. None of this should happen in our world. We are filled with admiration and inspired by the resilience of the people we have just spoken to.

As we leave later on to go home, have dinner and hug our families, the words from the surgeon repeat over and over; “there is much tissue to hold back”.